Born in Newlyn into a family of studio potters, Leaper developed his own artistic style while working in the pottery before going on to study sculpture.

He’s worked in Cornwall for the past 35 years and its culture and landscape imbues all that he creates. Leaper’s practice involves large scale public projects and private commissions alongside his studio work. Being involved in his community is very important; Leaper has worked closely with local charities and organisations, firmly feeling that art is for all to enjoy.

Leaper is highly skilled in metalwork, particularly bronze and stainless steel. He has also embraced cutting-edge design processes and media such as fibreglass and Jesmonite. Alongside using drone site-mapping and AutoCAD design, Leaper 3D scans his handmade works, which are then digitally enlarged and milled before being cast. This allows him to retain the inherent organic qualities of hand-formed sculpture at an impressive scale. His Jesmonite pieces are at once striking and oddly harmonious.

Leaper’s practice is uplifting; he believes artwork can have a profound effect on people without being serious in tone or political in subject. He is drawn to organic shapes as more expressive in their simplicity than complicated, figurative designs. Leaper selects bright colours that contrast the natural forms. This playful juxtaposition is used to enhance the power of the shape where a muted palette would dull it. Ultimately, Leaper’s work offers the viewer a subtle, thoughtful experience. He doesn’t ask them to wrestle with difficult concepts, but rather to be heartened, and in this pleasing engagement reflect more deeply. 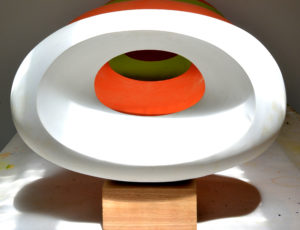 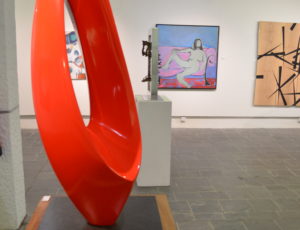 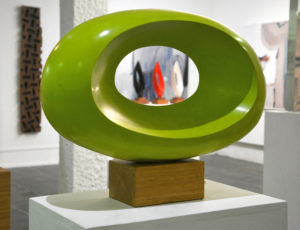 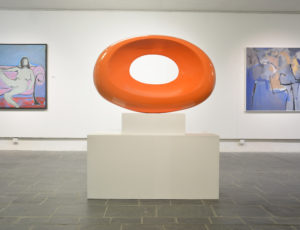 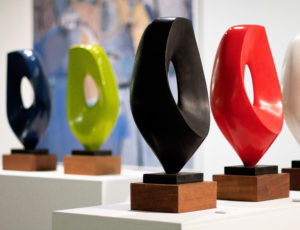 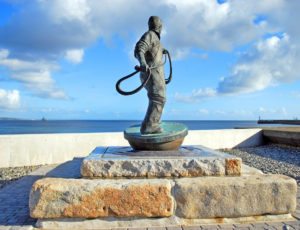 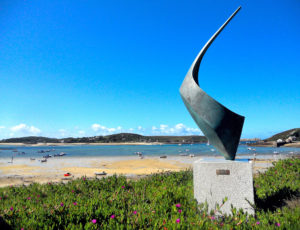 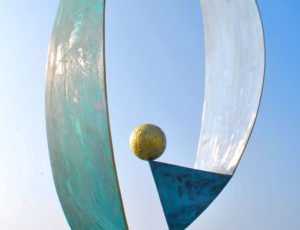 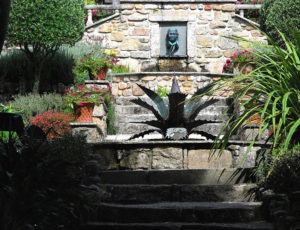