Peter Morrell was born in Devon in 1931, and had “endured” 14 different schools by the age of 16.  He was apprenticed as a cabinet maker from 1947 to 1949, during which time he began to paint.  After a period of National Service in the RAF ending in 1951, he tried various jobs before being awarded a First Class Degree in Design at Kingston College of Art in 1956, and then in 1959 gaining a First Class degree in painting from the Royal College of Art.

After a short stay in Rome, in 1961 Peter embarked on a career as part-time lecturer at various art colleges, running summer schools in South West France from 1991-1996, when he retired from teaching.

In January 2016, after a history of eye problems, he lost his sight:  he continues to paint, although obviously this presents a significant challenge, and this retrospective collection represents work painted before and after his sight loss.

Throughout his long career, Peter has exhibited widely in the UK and in Europe, including with the Royal Academy, the Royal Watercolour Society, the Royal West of England Academy, Beaux Arts Gallery London, John Moore Gallery Liverpool, the New Academy Gallery and The London Group.  (Full list of exhibitions available on request)

In 1955, Peter was awarded the British Institute Prize, and then in 1959 both the Arts Council Prize and the Prix de Rome painting prize.

Peter strongly believes that words add little to paintings – they should present their own case, and need no explanation. 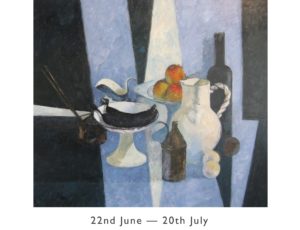