The Corner Gallery houses regular displays of archival material and artwork which celebrate founding members and artists related to the Society. The current exhibition features original works by Breon O’Casey.

‘I am an abstract painter closer, in my work,to the older deﬁnition of a still-life painter than a landscape painter. A painter, that is,who works best in the conﬁnes of his studio, and sees the world through a collection of pots and pans, apples and oranges (or circles,triangles and squares) rather than the ﬁelds,trees and skies. ’

Breon O’Casey was born in London, the son of Sean O’Casey, a playwright, and Eileen Reynolds, an actress. The family moved from London to Totnes in 1937 so that the children could attend Dartington Hall, a newly established progressive school.

‘It was at Dartington school that I learnt to saw and hammer,to think with my hands as well as my head. ’

Breon came to St Ives in the late 1950s, ﬁrst moving into a studio at Piazza and from there to No. 3 Porthmeor Studios. During those early years, as well as painting, he worked as an assistant to Denis Mitchell and Barbara Hepworth. He also started to make jewellery (he was taught metalwork at school by Naum Slutzky), and formed a partnership with Bryan Illsley.

Throughout Breon’s time in St Ives, nearly twenty years, he played a very active role at the Penwith Society of Arts. He was vice chairman for more than ten years and was involved in setting up the print workshop and obtaining funds for the new extension.

Just before leaving St Ives Breon had started to weave on upright looms. He regarded the looms as a rough equivalent to a picture frame, and worked on the design accordingly. Sculpture came to Breon later in life. His sculpture evolved from making silver animal brooches.He then started to use wax as a material to make ﬁgures which were cast in bronze. And these grew in size!

Breon’s work has been shown in galleries all around the world, and is included in many public collections

Wilhelmina Barns-Graham spent nearly all of her working-life, some sixty-plus years, living in St Ives. From the moment she arrived in 1940 the town, the surrounding countryside and coast line of Penwith, as for many artists, exerted an enormous inﬂuence over her and her work.

First working in the Porthmeor Studios and then from her home at Barnalo overlooking Porthmeor beach, she had constant visual access to the sea, sky, beach and surrounding rocks and cliﬀs. In 2004 her close friend and assistant, Rowan James, wrote that from 1963 ‘Wilhelmina lived and worked for the rest of her life on the beach she loved. Always a source of inspiration, the light reﬂecting oﬀ the ocean tides, the energy of wind and wave; the timeless resculpting of the sands remained a continual fascination’.

In Britain’s Art Colony by the Sea (1959) Denys Val Baker attempted to deﬁne what attracted artists to the area. Of St Ives he noted:

‘From the famed harbour spreading inwards and along either coastline, the painter’s eye is constantly challenged and provoked, puzzled and alarmed’ and that further aﬁeld there is ‘ . . . something very deep-rooted in the landscape, that complex world of granite cliﬀs and wild seas, lonely moors and weather-beaten cottages, white beaches neighboured by cruel rocks lurking in green-eyed seas’ .

Barns-Graham often travelled around Cornwall and, as Val Baker described, both the built and natural environment caught her attention. The earlier pieces displayed here are tied to speciﬁc places, depicting harbours and coastal buildings, while later works often looked to the sea for inspiration with generally abstract results. To see other pictures or to explore the collection please visit www.barns-grahamtrust.org.uk 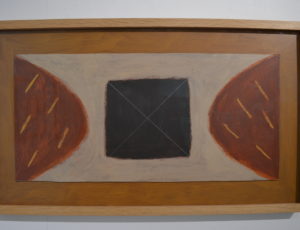 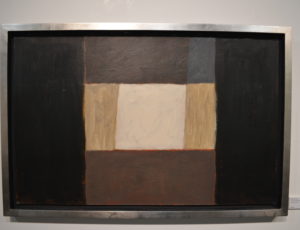 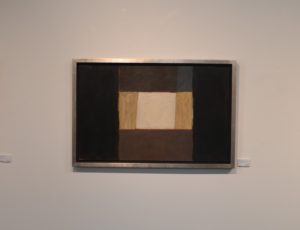 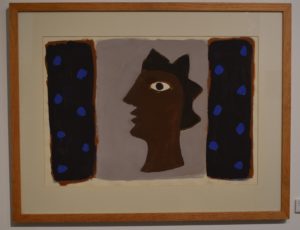 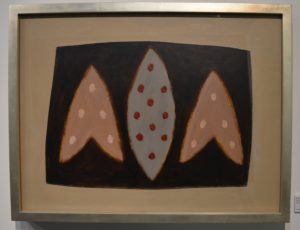 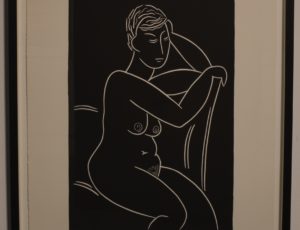 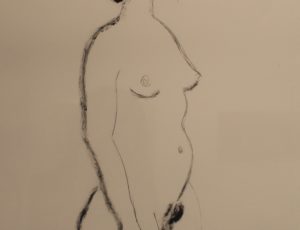 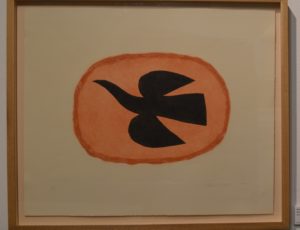 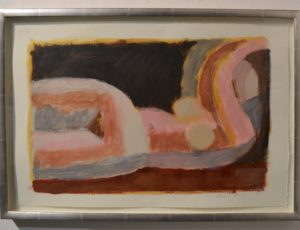 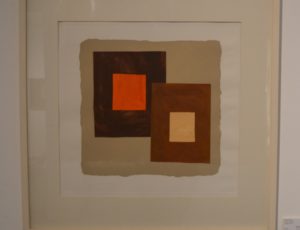 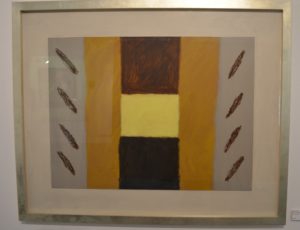 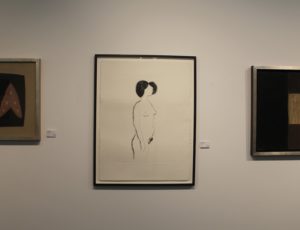 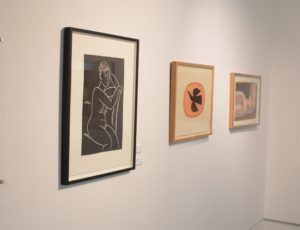 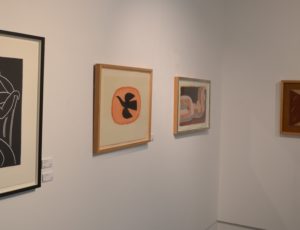 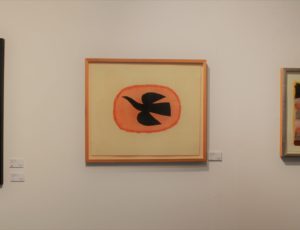 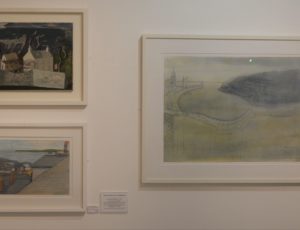 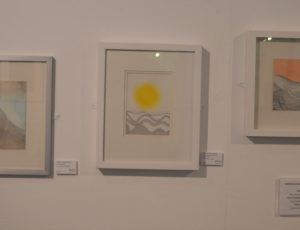 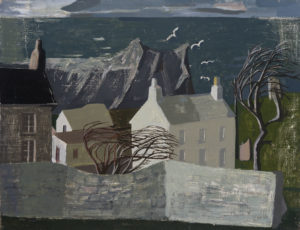 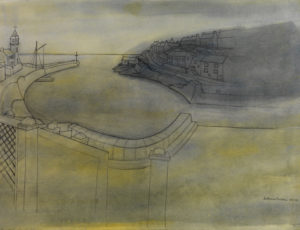 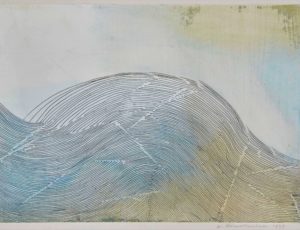